With exit doors fast shutting, thousands of people have been left behind in Afghanistan to face the Taliban alone.

Here are some ways you can help them all…

WHY AFGHANS ARE BEING FORCED TO FLEE 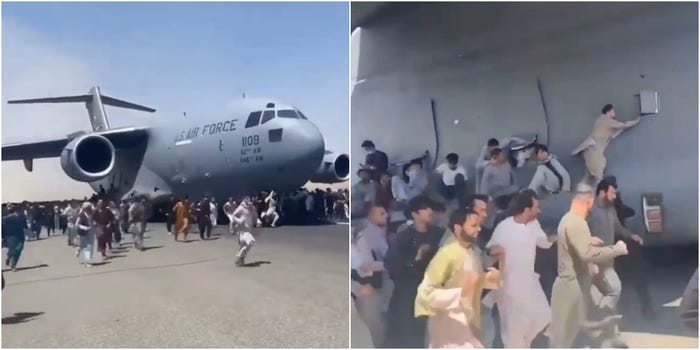 On 18th August 2021, a distressing video of Afghani people clinging and falling from planes in a desperate attempt to board was released.

The U.S. President, Joe Biden, set an initial deadline of 11th September 2021 — the 20th anniversary of the 9/11 attacks — to fully withdraw U.S. troops out of Afghanistan. This decision was based on a withdrawal agreement negotiated by former President Donald Trump with Taliban leaders in 2020. 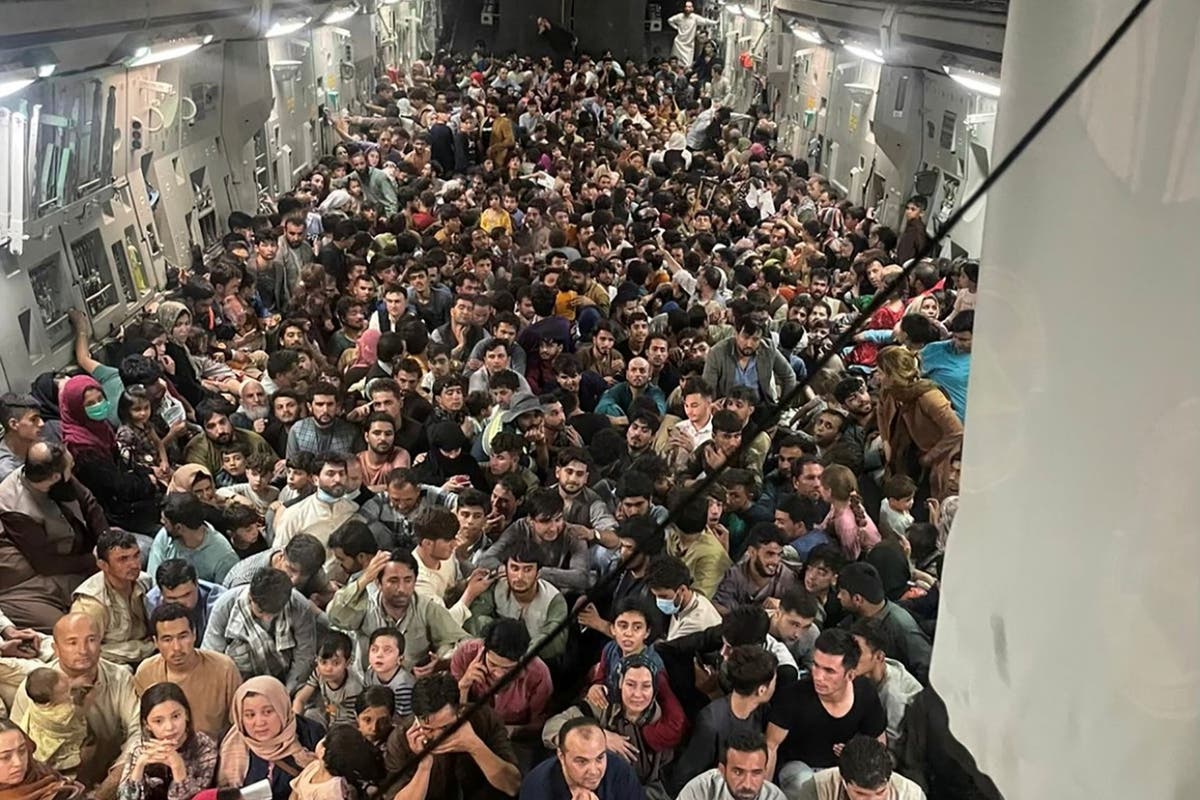 Thousands of Afghan refugees have been evacuated. Thousands more are in hiding or trying to find a way out.

The deadline was later extended to 31st August 2021, leading to the UK government along with all major G7 nation countries to begin extracting their troops and personnel too.

The Taliban‘s violent and swift rise to power once more, means tens of thousands of Afghan peoples who worked with foreign embassies and armies, are now at risk of being executed by Taliban leaders, along with women activists, journalists and public figures, as their implementation of a severely distorted, self-constructed and fundamentalist version of the Islamic faith is remade into law.

WAYS YOU CAN HELP 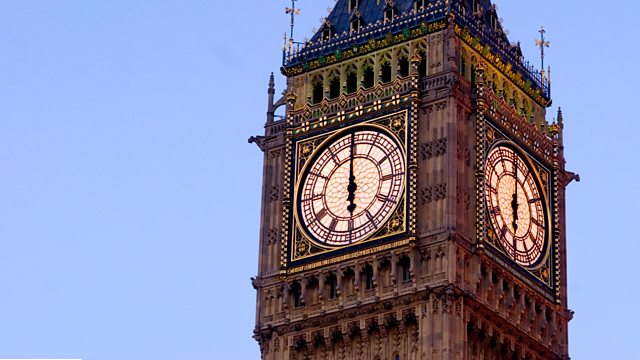 MPs must continue to feel pressure from their constituents if we want to safeguard routes and safe passages for refugees.

1. WRITE TO YOUR MP – EVEN IF YOU THINK THEY WON’T LISTEN

MP’s across all parties have been flooded with emails and letters demanding they help Afghan refugees, British civilians and aides.

We need to keep it that way, especially after 31st August when both UK presence and its press are no longer required to be on the ground. Whether you’re six or sixty: 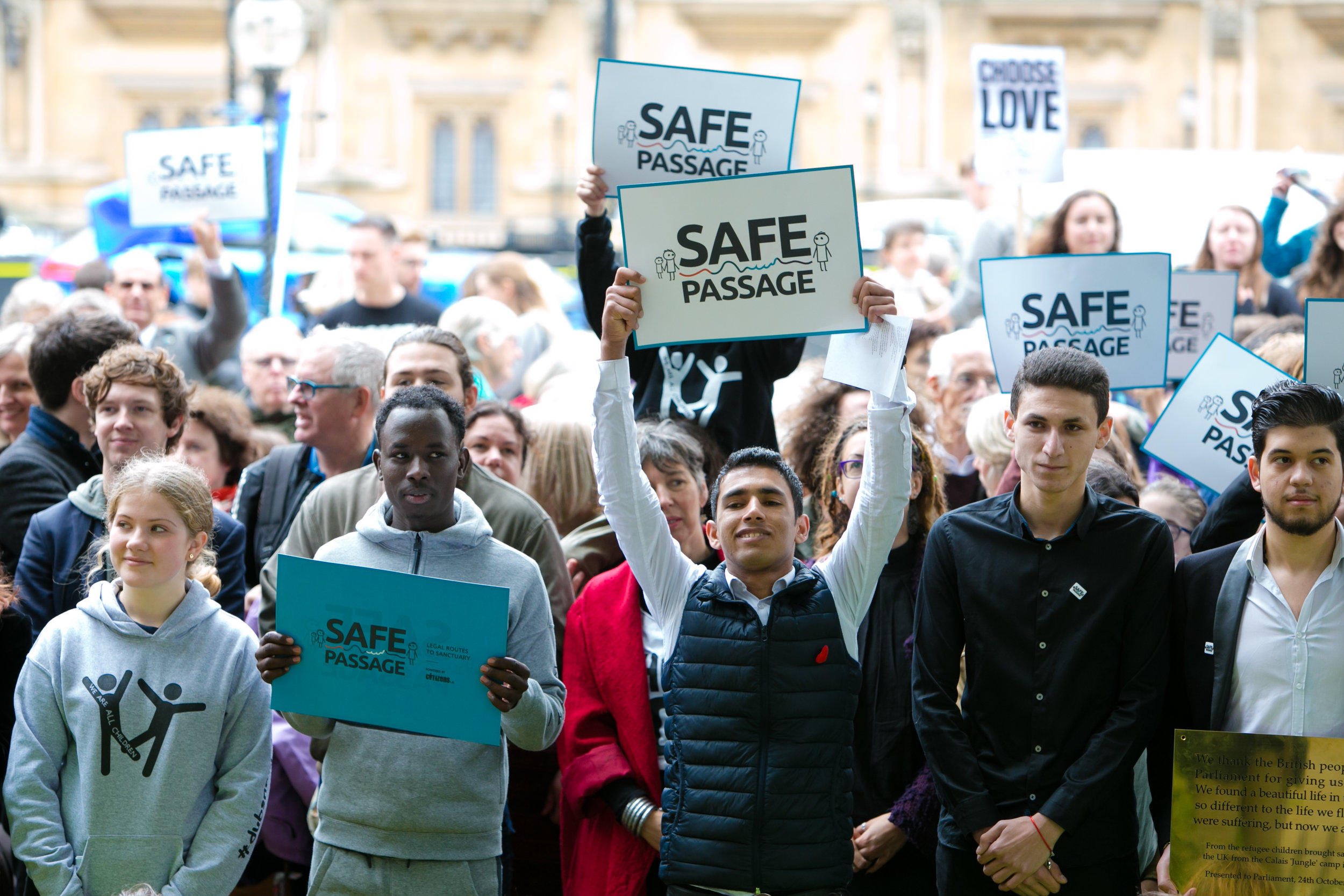 Support Safe Passage who lobby the UK government for safe, legal routes for refugees, especially children who need to be reunited with family.

– Find your MP’s contact details HERE.
– Ask them: to expand the list of refugees eligible for resettlement in the UK beyond military and embassy personnel; what they will be doing to ensure promises are kept about getting more visas, flights, and financial support to refugees; lobby for changes to laws which currently block safe passages and routes to the UK; and ask them to update you on their actions.
– Learn about and support Safe Passage as they continue to lobby the government about inhumane anti-refugee laws and closed borders.

Remember: MPs are public servants. You have the right to kindly ask they listen to your concerns, respond, and act on your requests for positive action.

2. GET GOODS NEEDED TO YOUR LOCAL COUNCIL 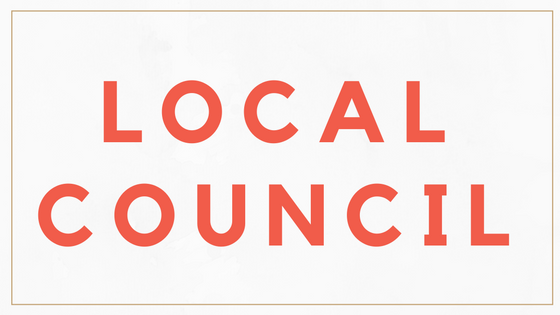 Find out what your local council needs HERE to help welcome incoming refugees, and how you can get it to the them.

*Please note: this website is slow to update, so keep going back if your local council is still not showing.

Alternatively you can check your local council website, and contact them directly to find out what is happening to aid refugees in your area. 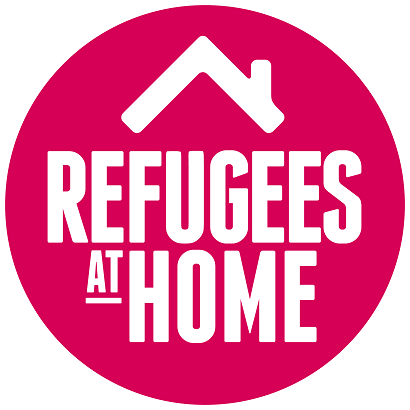 Refugees at Home and Rooms for Refugees both work by connecting people with a spare room to offer, with refugees and asylum seekers needing shelter and a bed.

Both are currently accepting applications from hosts in the cities most likely to be welcoming refugees. These include London, Manchester, Bristol, Birmingham and Glasgow. To date, over 20,000 people have applied to host Afghan refugees.

4. DONATE GOODS IN THE UK 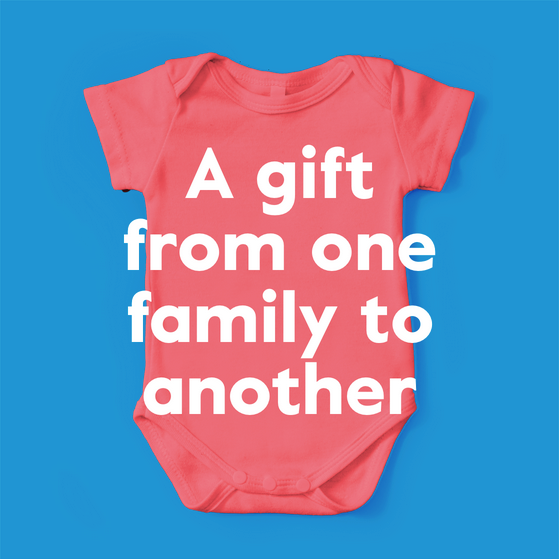 Organisations like Little Village are brilliant at responding to refugee communities, and will only ask for goods for children that are actually needed.

There are many local church, mosque, synagogue and food bank groups now raising funds and goods for Afghan refugee families moving into specific regions of the country. Don’t be afraid to contact your local charities. Some of these include:

– Little Village (London)
A brilliant ‘bank’ specifically for children’s goods, which have pick-up points on set dates across London.
– Afghanistan & Central Asian Association (London)
As well as goods, the ACAA are asking for volunteers to help with English language teaching, supplementary classes, mentoring, and lots of other activities to help refugees integrate in the UK.
– Afghan Community and Welfare Centre (West Midlands)
Contact Fahim Zazai who is appealing for donations of clothing and household items such as cutlery and plates, and toys.
– Furness Refugee Support (Cumbria)
Currently raising goods for children and families. 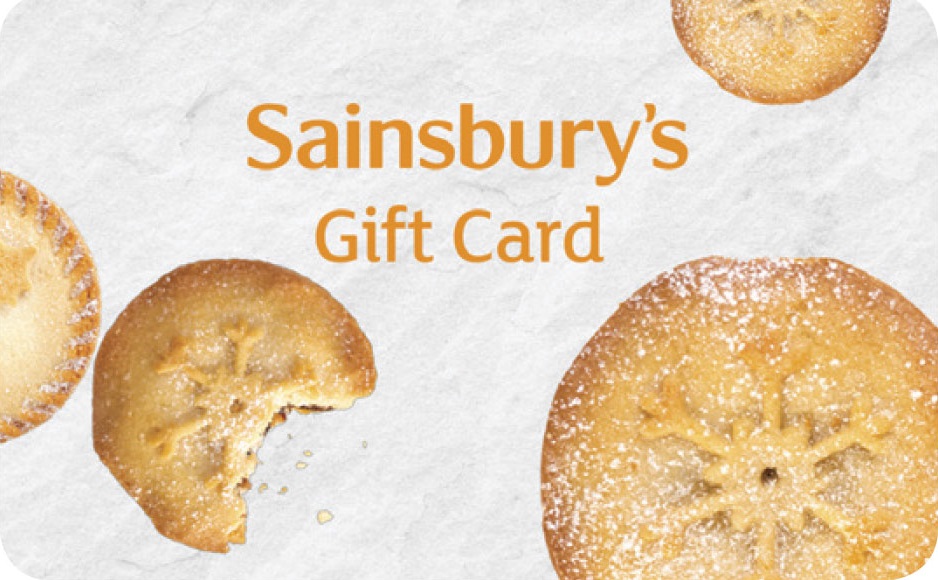 – Refuweegee (Glasgow, Scotland)
Welcome Packs inclusive of a bag, toiletries, non-perishable food, and warm clothing are being asked for by Refuweegee, for the new influx of Afghan refugees being sent to settle across the city and beyond.
– Shropshire Council (Shrewsbury)
One of the most active councils in the country, the council website has a full list of goods needed for men, women and children, and updates pick up points regularly.
– O’s Refugee Aid Team (London)
We are collecting supermarket vouchers upwards of £10 per voucher, to distribute to families being housed in London. Vouchers enable refugees the autonomy to purchase the basic goods they need, as and when they need it – and which are often not met by large callouts for general goods (e.g. from specific foods for themselves and their children to new underwear). If you would like to post us vouchers for refugees to use as they need, please don’t hesitate to get in touch with us. 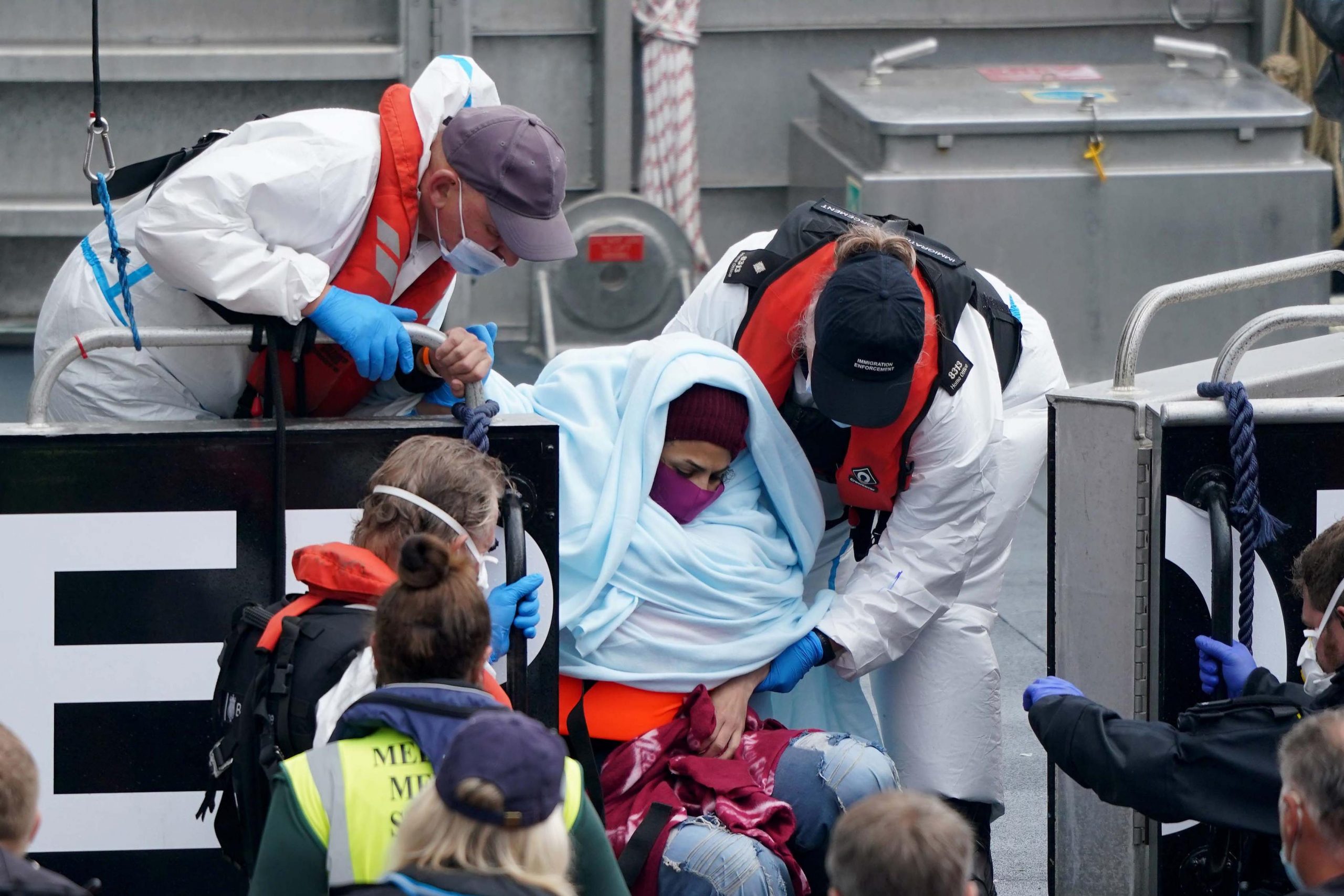 As desperation grows, it is inevitable that more people will journey across Europe and risk their lives at sea, making the RNLI’s existence crucial to us all.

– AfghanAid
The only external NGO to have never left Afghanistan, and who are continuing to help people in the most vulnerable, rural areas of the country.
– Royal National Lifeboat Institution (RNLI)
This life-saving unit will be inevitably be called upon to save Afghan refugees trying to cross the English Channel to safety and family, after borders have closed.
– Mobile Refugee Support
Our partners in Northern France who are caring for Afghan refugee communities, the numbers of which are now due to swell.
– Refugee Biryani and Bananas
A charity we have long supported, who are now caring for growing numbers of Afghan refugees in Chios, Greece.

Whatever is within your capacity,
however you can act,
go for it.