For as long as wars rage on and climate changes intensify,
refugees will need legal passages to safety. 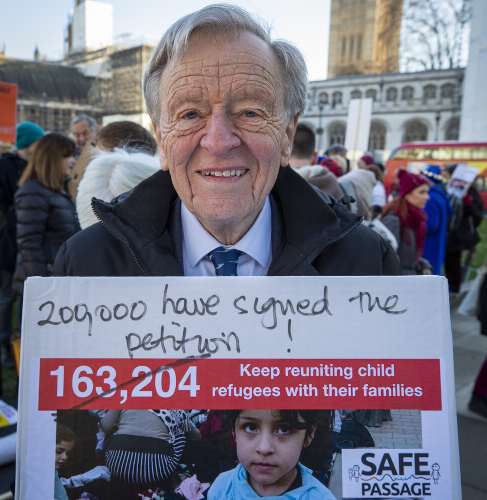 BACKROUND
In January 2020, despite mass protests, the UK’s Conservative-led government removed all commitments to allowing refugee children to join relatives already legally settled in the country, and its considerations of the Dubs Amendment.

However, this law left out unaccompanied children (some as young as 6) who were arriving in the refugee camps of Calais and Dunkirk, who did not have families in the UK. So a scheme was launched to enable them to live safely in the UK – even if they did not have a clear family link there.

This scheme was called the Dubs Amendment, and was named after the wonderful man who launched it: Lord Alf Dubs.

LORD ALF DUBS
Lord Alf Dubs arrived from Prague to the UK as a six year-old refugee on the Kindertransport: a rescue effort which took in 10,000 Jewish children in the months before the breakout of World War II. He has been campaigning for the UK government to once again aid refugees fleeing wars and other disasters, by taking in at least 10,000 child refugees.

WHAT YOU CAN DO 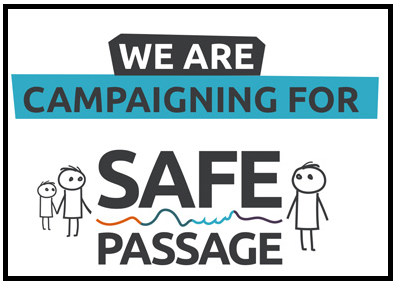 Join us in our support of Safe Passage by registering for their campaigns, and emailing your MP too.