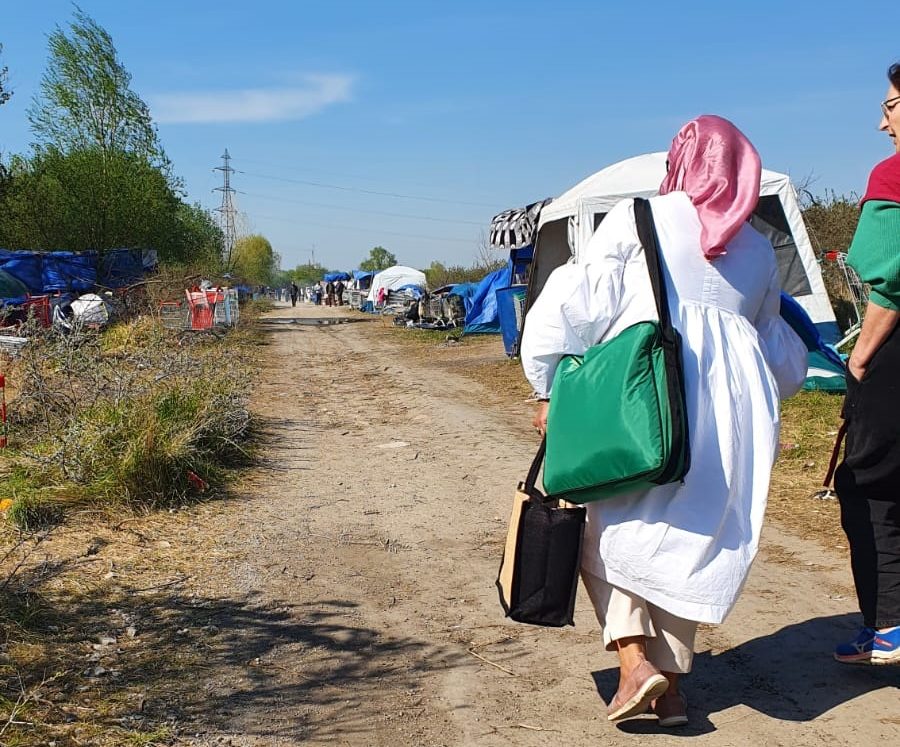 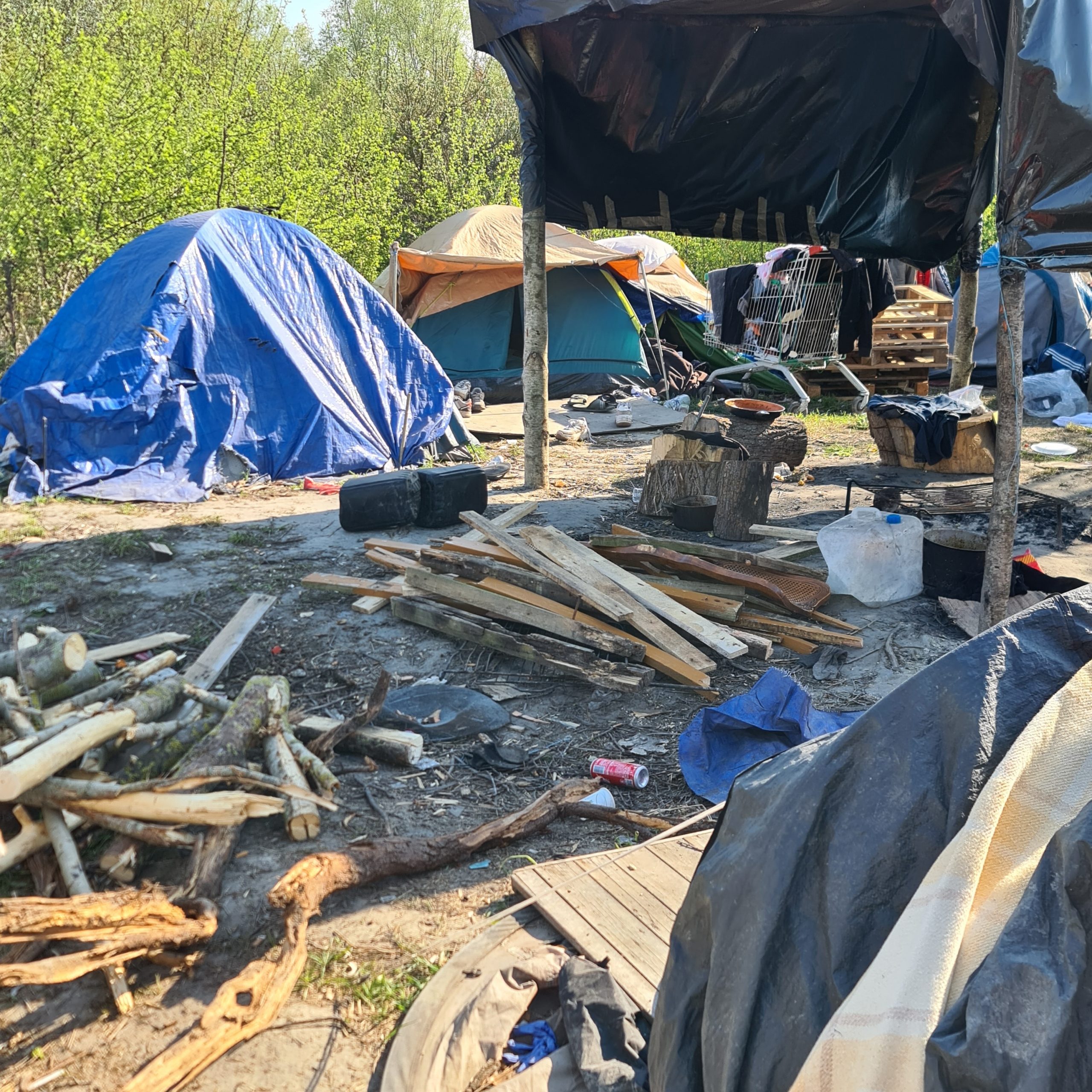 Refugees have once again been chased to a new area of wilderness, with no access to water or food, except for what volunteers can get to them.

On this convoy, my team and I landed in France during a week in which the French presidential elections and posters of Macron and Le Pen loomed large (inspiring prayers of “Please God, not Le Pen!” Macron is inhumane and racist enough, but how much worse for a bona fide Far Right extremist with a deep-seated hatred of non-White refugees (she has openly expressed a desire to welcome Ukrainian refugees but no others) to be in power…How quickly the world’s citizens forget what hate can lead to…).

Seeing those election posters was just yet another reminder that every single convoy completed over these past six years, has proved to be different. A natural result of everything – including the will and faces of leaders – chopping and changing so quickly and drastically, that it’s become second nature to never know what to expect, and take nothing for granted.

Still, surprises abound. And usually not of the nice kind. 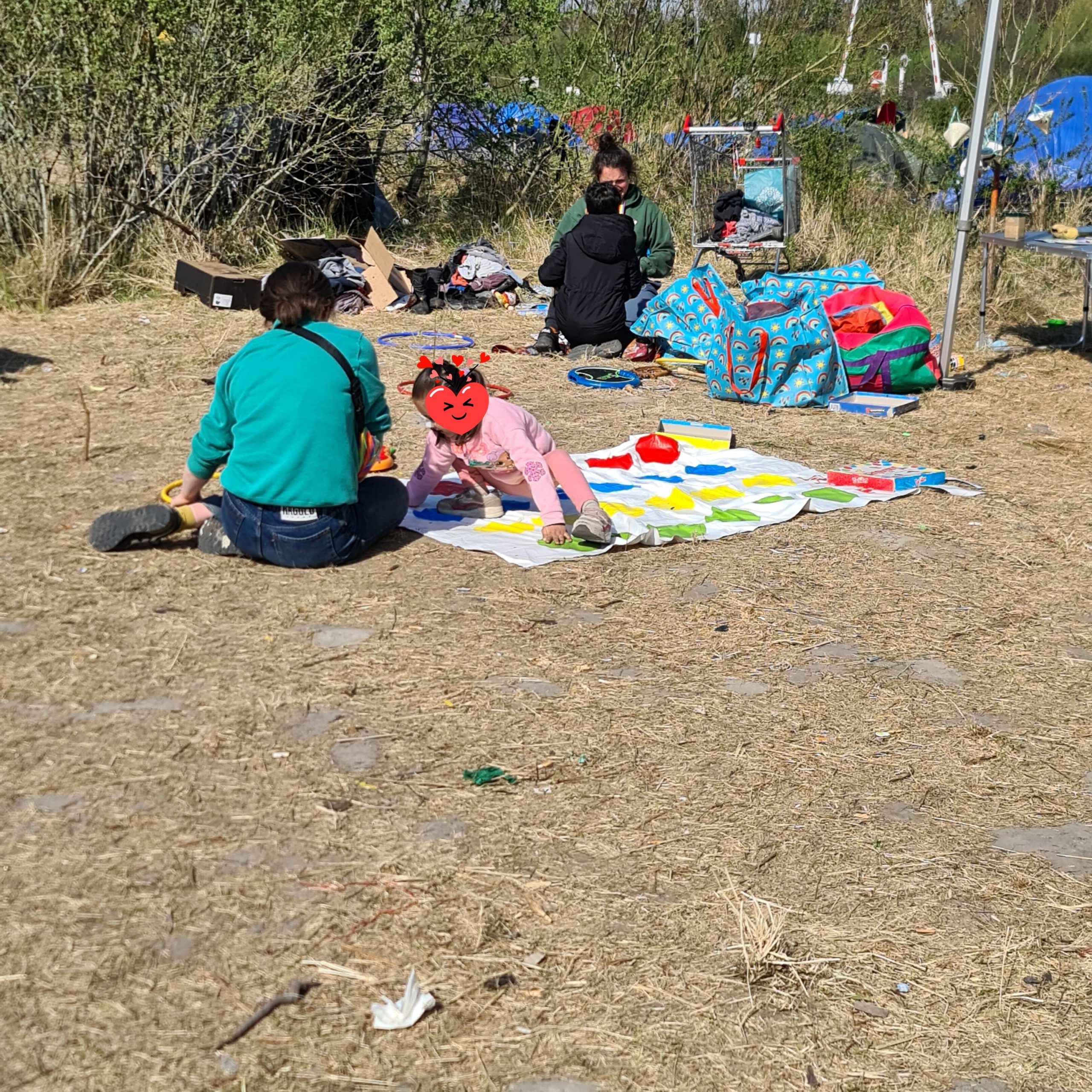 Our first sight of excursions into the camps, was little ones playing with the Project Play team

Following our last convoy of just a few weeks ago, we were told the refugees had been chased, beaten and pushed to yet another area of Grand-Synthe. Gone were the railway tracks, and instead, we followed our guides and brilliant partners, the Mobile Refugee Support crew, to yet another part of the northern region, but which had the staples of the kind of place the French police love to push refugees out to: derelict wilderness, with zero access to any kind of fresh water or foods, and hidden away from the local communities (out of sight, out of minds that need to tick an electoral box).

And in this hard-grounded, dirt road terrain (bearable in the sun, muddy and insect ridden in the rain), our first encounter was with children. Little ones aged between two and twelve, laughing and shrieking and giggling as the wonderful Project Play teams did their utmost to gift them a few hours away from their tiny tents and worries, and let them find some respite in the joy of play again.

Walking through the camps, led by our “Dr Woman” (a name gifted to her by the refugees aided over the course of three days), Yasmin Ishaq, we also encountered a father and his six-year old daughter… He had cuts and bruises so severe he walked in great pain, she had a badly plastered up nose. Why? Because during the last “camp clearance”, a police van decided it didn’t want to give them the time they needed to flee, and so drove straight into them. On purpose.

Yes, that’s right. We now live in a world, where a police officer can knock down a refugee father and child with a vehicle, on purpose, and do so knowing he has impunity. 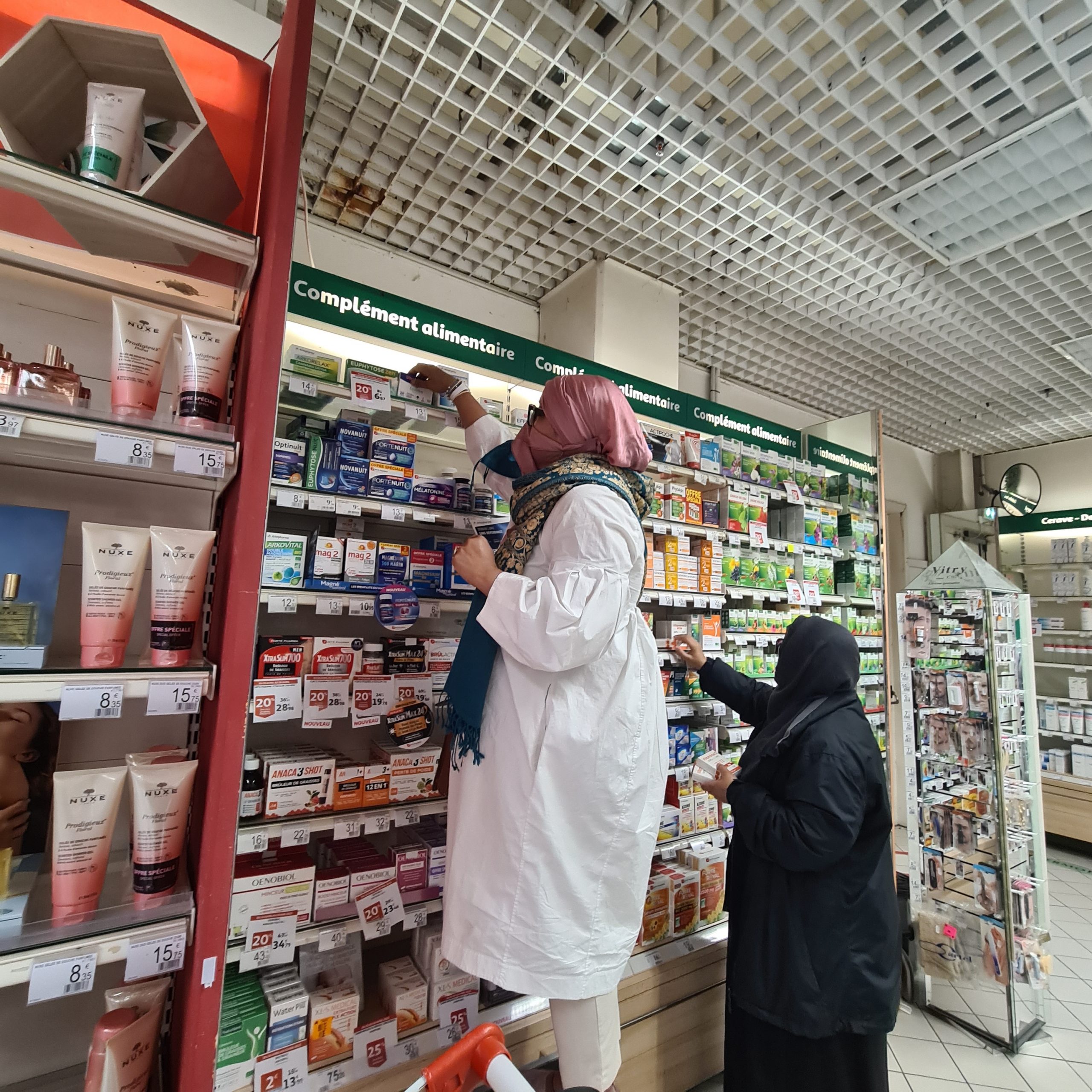 Severely hurt but unable and unwilling to go anywhere that involved the French authorities, both father and daughter had receieved only plasters to help them through their injuries – which our Dr Woman was forced to undo so that she could apply clean dressings and tend to the wounds properly, as well as gift some painkillers.

We also met a man who had lived in Oxford for fourteen years, before finding himself back in the refugee camps trying to protect his younger sisters.

And an elderly gentleman who spoke six languages having worked as an interpreter for the government in Syria, and now had advanced cancer – as diagnosed and confirmed by doctors in Germany and Italy, but who was told he was not welcome or permitted sanctuary in any of the countries he found himself in. Reasons unknown. 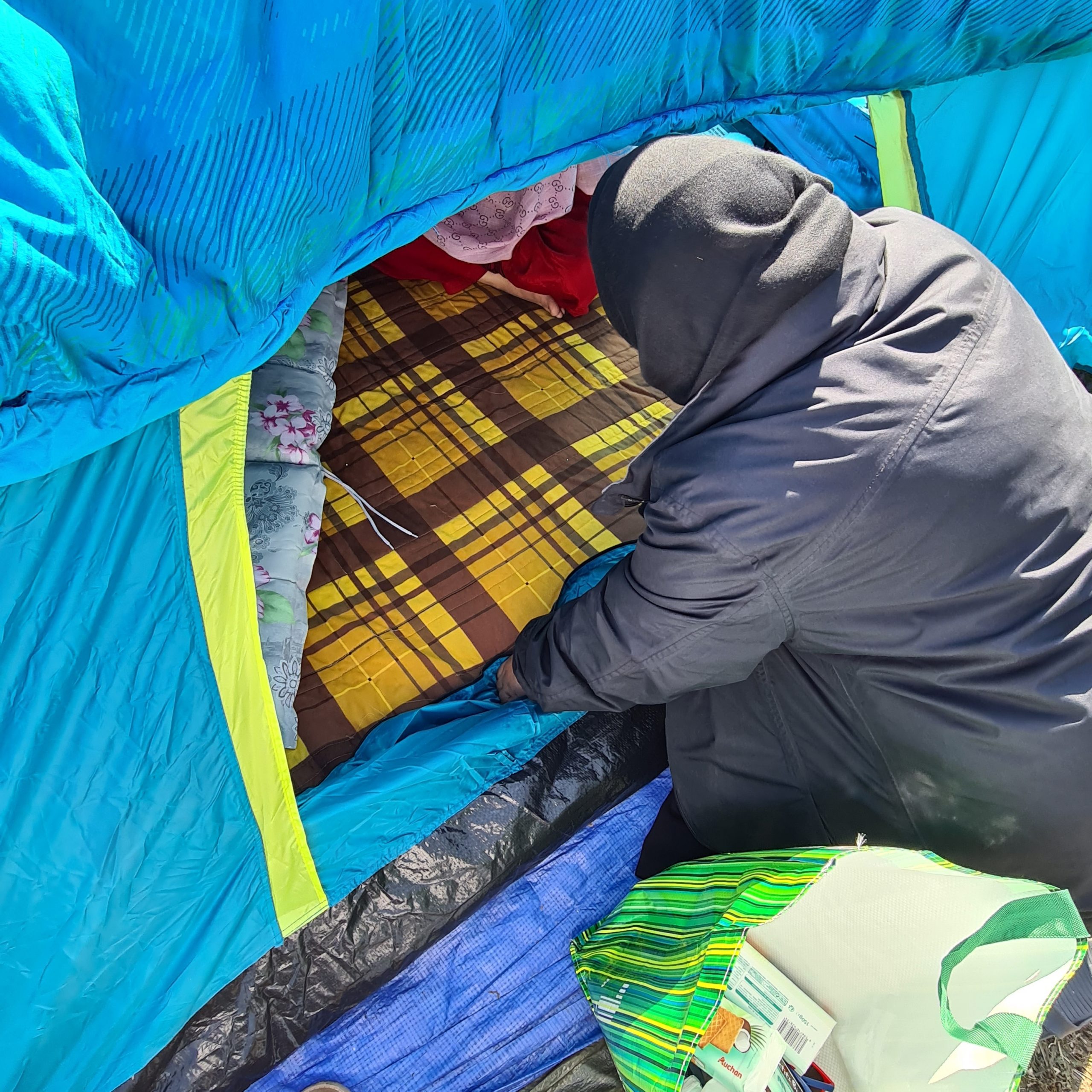 And a woman from Afghanistan, so frightened that she never ever left her tent, who was deeply worried that her unborn baby had stopped moving in her womb. It transpired she and her husband and her two year old, had lived on the streets in Paris for weeks, and receiving no help whatsoever, had decided to try to survive in Dunkirk instead. (The baby began moving again the following day. We gifted her fresh fruits and vitamin supplements – as so many mothers in these camps become undernourished and sick from months of cold, tinned foods and the strain of trying to survive in a tent whilst also fleeing the police.)

And another elderly woman whose back and knees ached so badly, she could no longer walk – and for which she urgently needed a knee brace and crutches.

And children who asked us for medicines to stop their heads and mouths “from hurting so badly”.

Over exposure to the sun, poor diets, a lack of fresh clean water to drink or wash their mouths with, has led to such a huge increase in migraines and gum disease amongst both children and adults alike, it is heartbreakingly staggering. 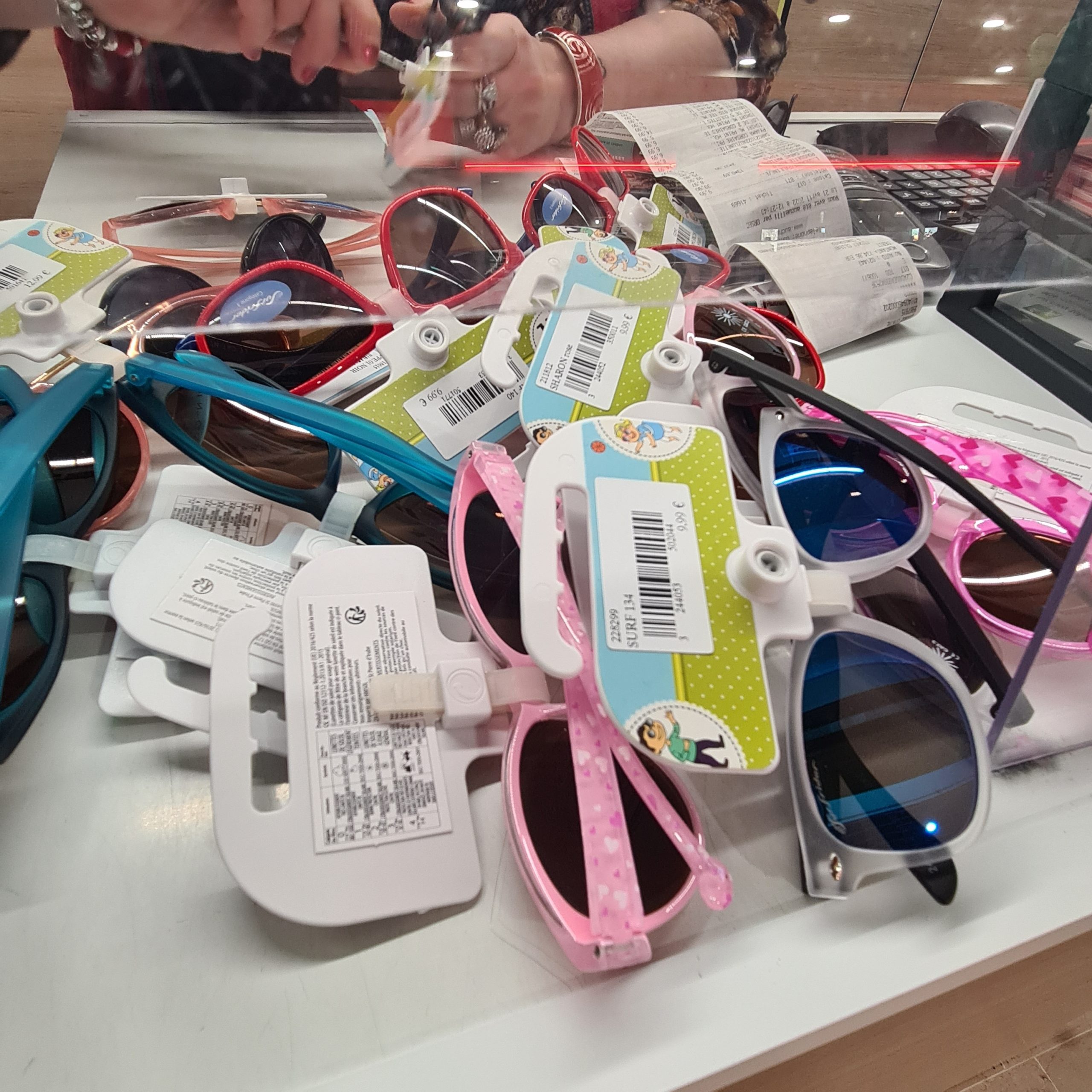 Bags of sunglasses bought for little ones suffering with headaches and sore eyes from overexposure to the sun.

These are just some of the human hearts in pain we encountered. Just some whose stories we carried back with us across the Channel and which will never leave us.

And just some of the souls we were able to aid directly, thanks to all our lovely donors. The funds we receieved, enabled us to half-raid the nearest pharmacies for Calpol, rash creams, hayfever / migraine medications, and plasters and bandages. Along with sunglasses to help with eyes old and young, trying to cope with the bright light of the sun – from which there is little shelter, and which no doubt caused their headaches too. And purchase urgently needed fresh fruits by the van-load, to address, at least for a day or three, the lack of access to vitamin rich foods. And pushchairs for mums unable to carry little ones over long distances. Whilst our brilliant volunteer, Ros Ereira, not only delivered a car load of baby carriers to the Refugee Women’s Centre team, but also a special workshop to ensure they could be distributed to mums in need of them safely. 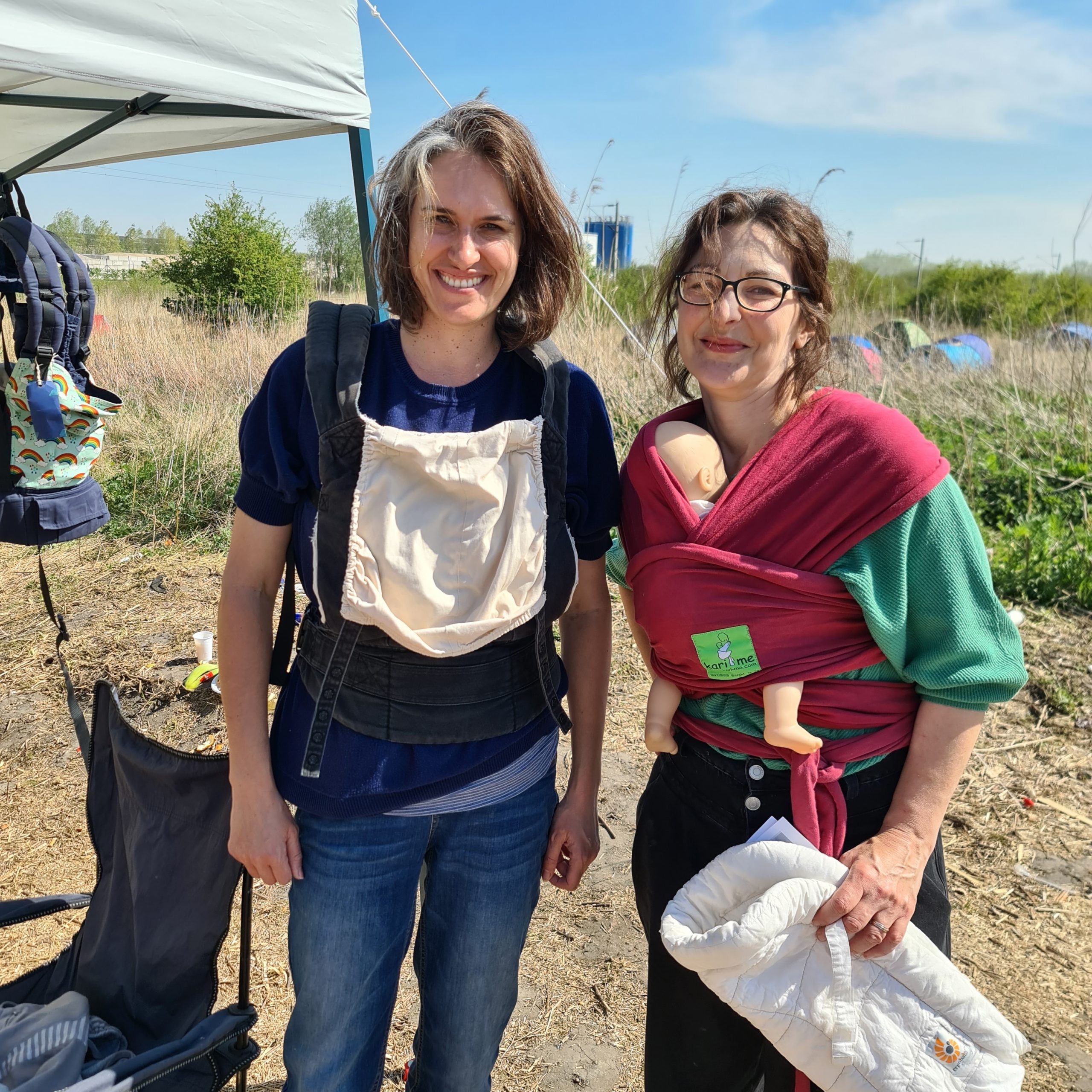 Our own Ros Ereira and Sarah, who delivered a huge car load of all types of baby carriers for mums, as well as a special training session on how to correctly use each one for the Refugee Women’s Centre crew.

Whilst Putin, Assad, the Taliban and their likes go on forcing refugees to flee their once loved homelands, and Macron/Le Pen, Boris Johnson, Priti Patel and their likes go on punishing those same refugees for daring to survive the bombs and torture by unleashing violent police officers and their vans and threats of deportation to Rwanda (as one Rwandan refugee met put it: “We have fled from there! Why would they think it is ok to send us back?! They know what we flee from!”), frontliners go on doing whatever they can to inject hope and humanity back into the world.

And we’ll keep on keeping on for as long as we can.

Because as one refugee put it: “None of this has ended. What we’re running for hasn’t ended. It’s getting harder and harder. So tell everyone back home, we’re still here. And that we matter. Even though we are not from Ukraine.” 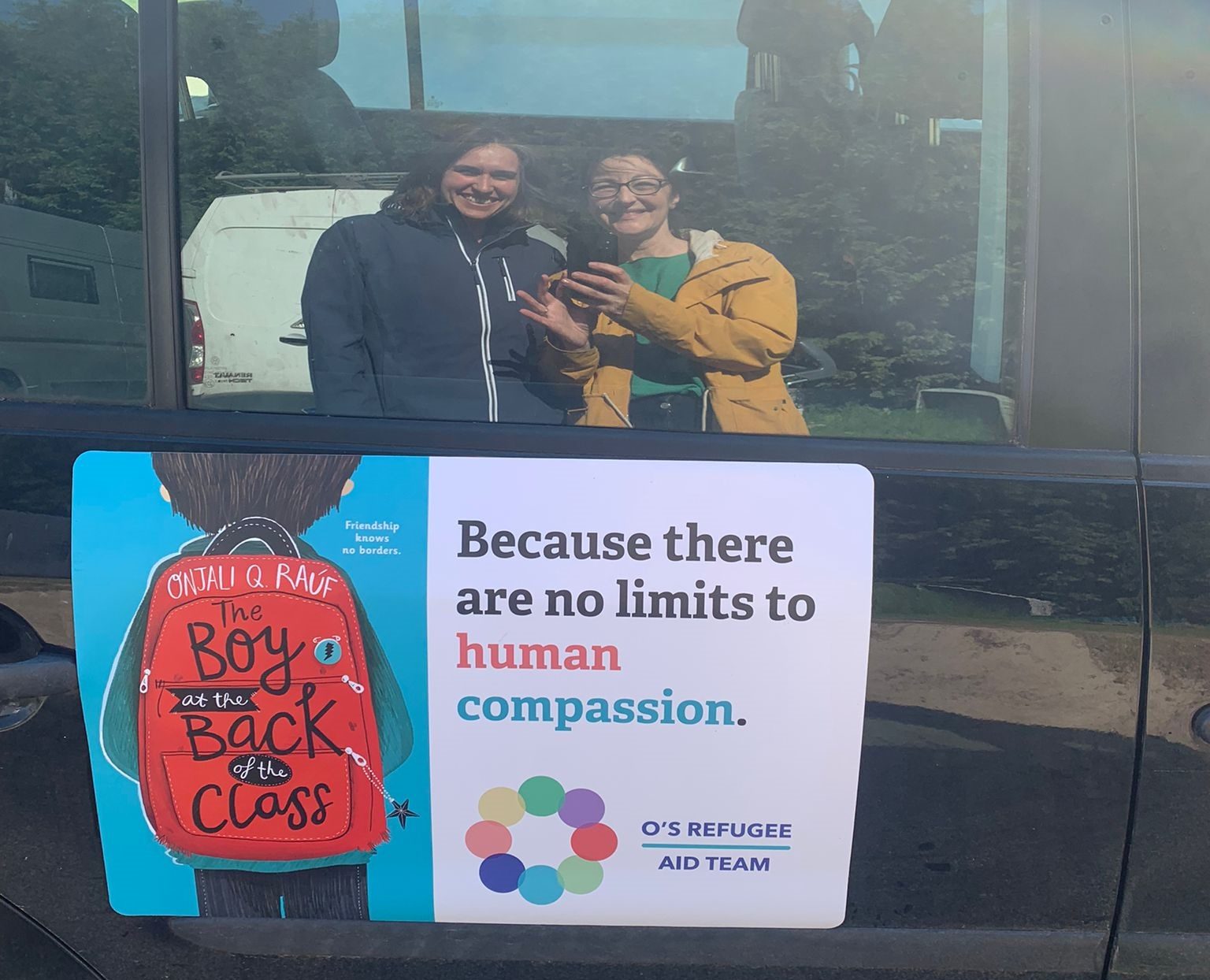