It’s 3am, and no matter what I do, I cannot get back to sleep.

Not even in my safe, warm bed, surrounded by the sound of silence and a single moonbeam entering peacefully through my attic window.

Having fallen asleep ridiculously early (isn’t 8pm still technically the afternoon?), I suddenly awoke at midnight to my news feeds lighting up with the words ‘Idlib’, ‘exodus’ and ‘hell’. With a heavy heart and guessing at what was waiting, I tapped open a story, and immediately felt a sting in my eyes.

With Turkey having long closed its borders in 2015 and aid agencies on the ground already unable to cope, the majority of refugees are having to bed down in the freezing cold, beneath trees and bushes just as is done in Calais and Dunkirk, with little or no food to hand, and for a period of time unknown. 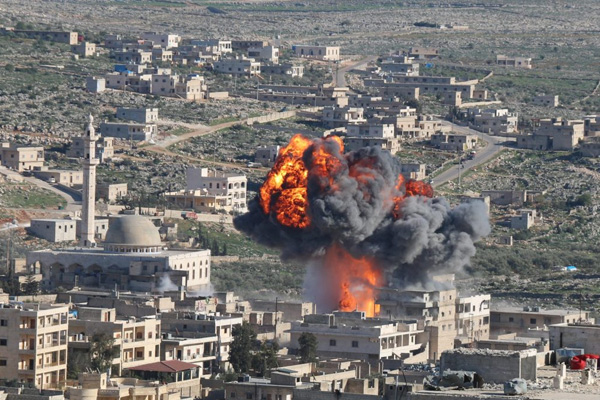 As the New York Times report on my feed has headlined it, ‘It’s like the end of the world‘.

It’s unbearable to think that right at this moment, there are children, elders, women and men, freezing and dying en mass because of a war that has absolutely nothing to do with them, punished as they are by a ‘leader’ who seems utterly content to bomb, murder and break yet further the very things he was meant to protect: the peoples of the lands he pretends to care for.

But as much as I can wrap my brain around the likes of Assad (after all, the pages of our collective history books are filled with insecure, power-hungry men whose default position is to maim and kill when under threat), what I cannot wrap my head around is all the other so-called leaders of the world, consistently turning their backs on a situation as grave as this.

Even though both recent history (the genocides in Rwanda and Bosnia Herzegovina) and current happenings (the persecution, internment and murders of the Rohingya peoples in Burma and the Uighur Muslims in China) tell me I should expect no better, I still cannot help but hope that somewhere out there, is a leader who will stand up and say ‘Enough! This cannot go on! We need to stop this massacre!’

Tragically, as far as I can see, the world is devoid of any such leaders – leaders with courage, heart or integrity have yet to enter the global scene.

But thankfully, it isn’t devoid of voices of sanity trying to reach out to them. Such as that of Helen Hayes MP, who just two days ago, challenged the UK Prime Minister and Parliament over their mutual and deliberate turning away from the refugees of Calais and Dunkirk.

Or the voices of fathers like Abdullah Mohammad (see video above): a man trying his best to relieve the psychological stress of war for his three-year-old daughter, Salwa, by telling her that the bombs falling upon them in Idlib sound like fireworks, and that there is nothing to be afraid of. A real-life happening that evokes all too strongly for me, scenes from the holocaust survival movie ‘Life is Beautiful’. 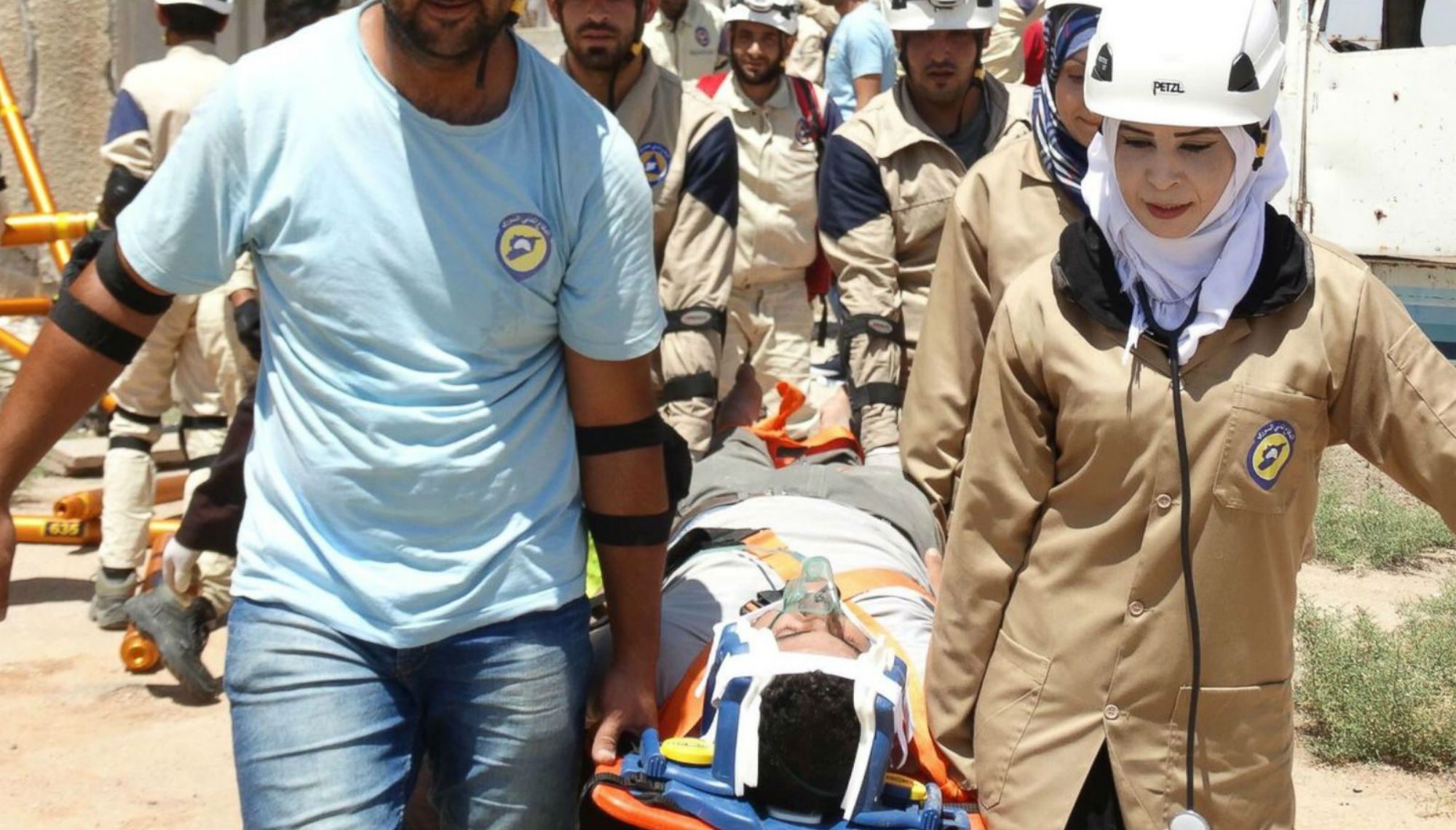 The White Helmet teams are on the ground in Idlib, working 24/7 to save lives.

On sleepless nights like tonight, it’s these voices that remind me that behind the images and wounds of warfare, are beautiful human beings, doing what they can to fight against it all. And that somewhere out there, right at this very moment, there are thousands of people quietly doing all they can to save the lives of everyone displaced by man-made horrors.

I do desperately wish that I was capable of doing more for all the Abdullah’s of this world and their beautiful children.

I wish I was brave enough to let go of everything I have, to walk out of my front door for good, and go and help on the ground 24/7, just like every amazing front-line first responder is doing.

All I can do instead, is keep going in my neck of the woods, and do my little bit to help. Whether that’s through donating to the brave men and women of The White Helmets, planning the next convoy, speaking out in the schools I am lucky enough to be invited to, or hitting my prayer mat.

Somehow, that will have to be enough. For now.

TO DONATE TO THE WHITE HELMETS PLEASE SEE HERE. 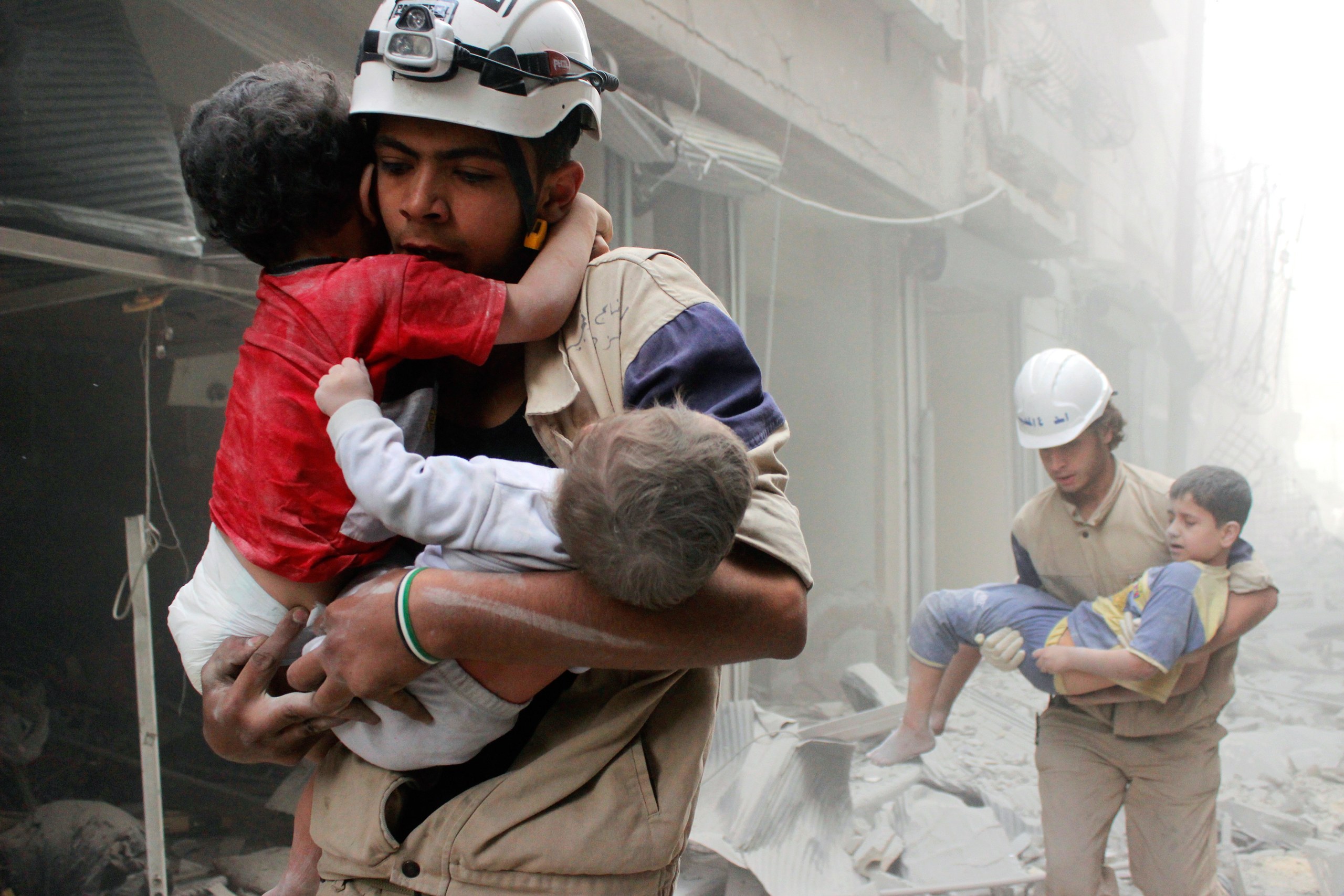 The Syrian Civil Defence teams (known as The White Helmets) include brave first responders working on the ground in Idlib.